On Saturday 8 September 2018, I had the privilege of being in Ukraine to join in celebrating the 25th anniversary of Open Bible (Scripture Union) Ukraine.

The celebration was held at Vorzel, near Kyiv, where Open Bible have their residential centre and base, and was hosted by staff and volunteers of Open Bible who came from all corners of Ukraine.

It was fantastic to share this occasion with the Ukrainian SU family including Grigori Stupak (Director of Open Bible), Oksana Khimich, Tima Stupak, Anya Stupak, Pasha Lepak, Anya Ryaba, Sasha, Ella, Darya, Galia and many others. 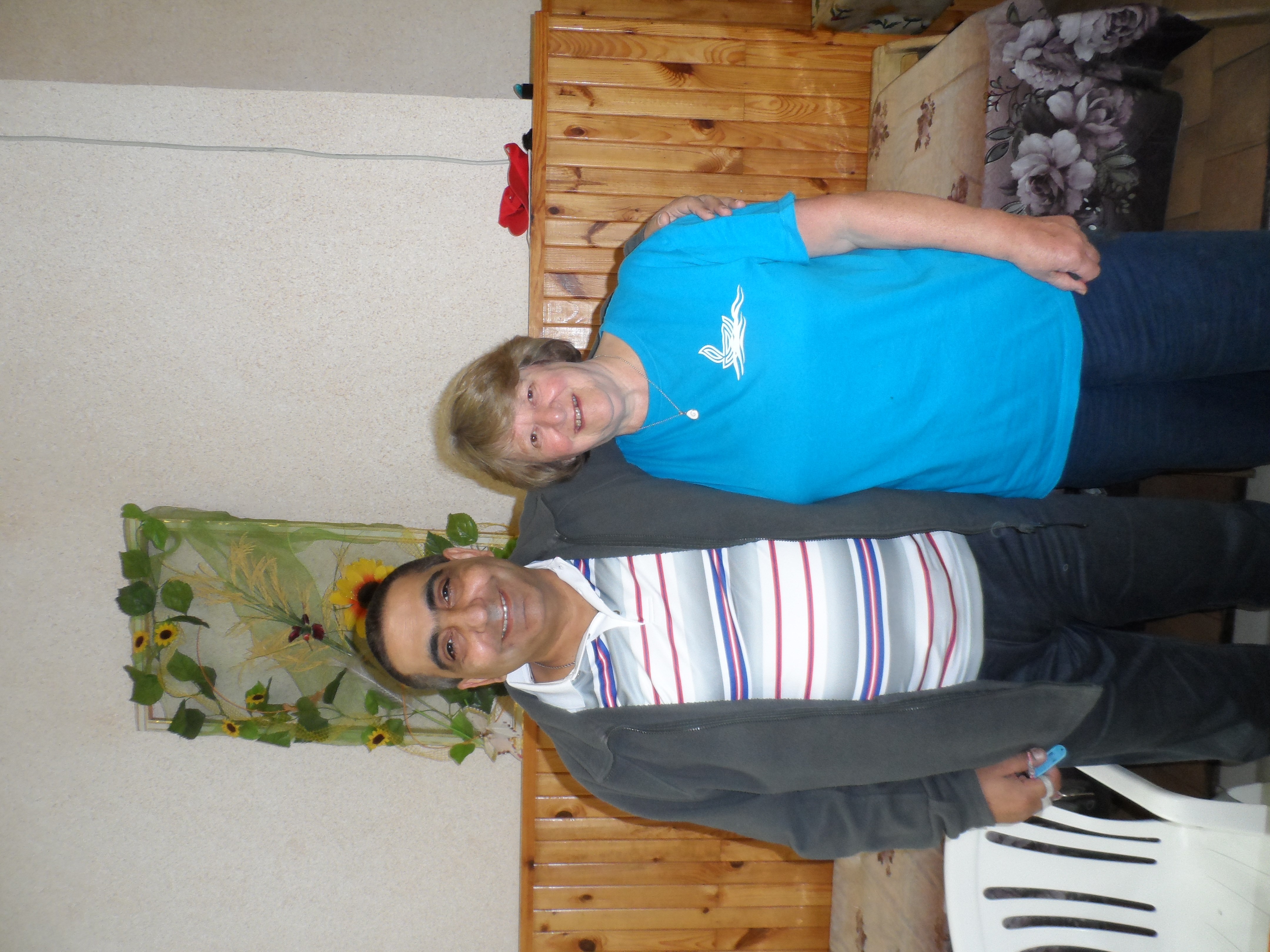 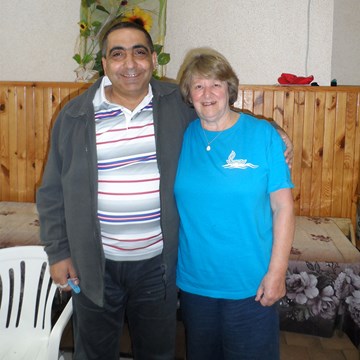 Colin Carmichael gave a speech on behalf of SU Scotland, and a handcrafted wooden cross was presented to Grigori Stupak as an acknowledgement of the ongoing partnership between SU Scotland and Open Bible. 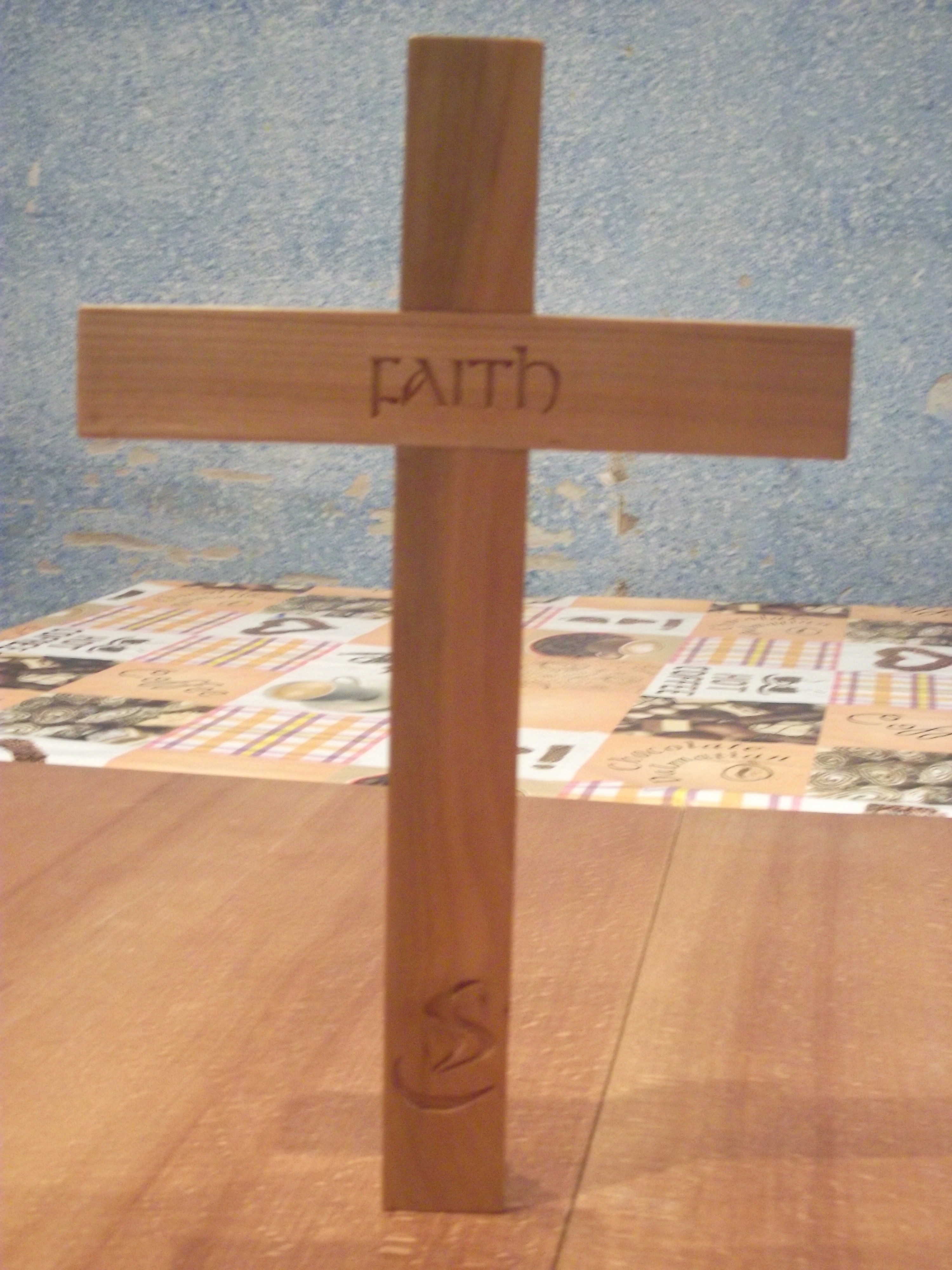 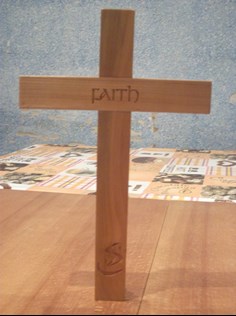 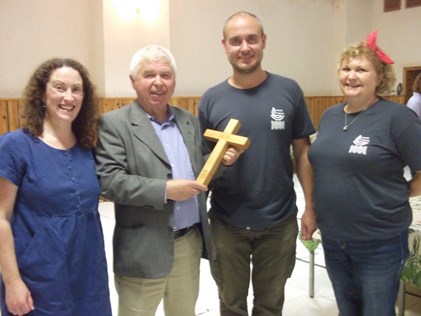 Pictured: (L) A close up of the cross which was presented and (R) Helen, Grigori, Tima and Oksana with the cross


It was a day of thankfulness for everything God has done, and is doing, through Open Bible Ukraine.

Many testimonies were given of how lives have been transformed by the teaching of God’s word in a fun context at Open Bible camps and clubs, across many regions of the country from Chernivtsi in the west to Pereyaslav-Khmelnytskyand Zhytomyr in central Ukraine. 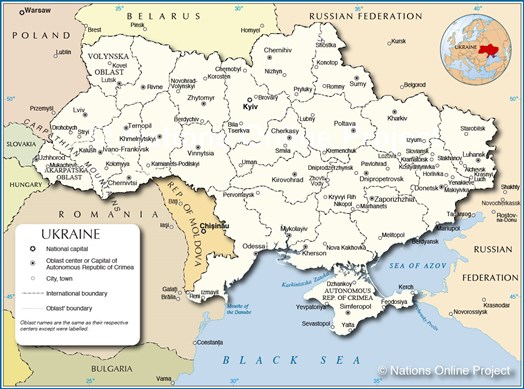 It was also incredibly poignant to meet some people from Crimea and to hear testimony from a pastor from the Donestk region of Eastern Ukraine (both of these regions are currently conflict zones), who are continuing to lead ministries for children and young people in these regions in spite of the ongoing difficulties.

I first went to Ukraine in 1995, when Open Bible was still very new so, for me, it was amazingly encouraging to find out more about how much the work of Open Bible has grown over the past 25 years and is continuing to grow.

A particular highlight was speaking to young leaders who have grown up and grown in faith through Open Bible, and learning about new developments, such as the Gap Year programme which is now available to Ukrainian young people who want to grow as leaders.

The celebration event was organised and led by these young adults, and their sincerity and depth of faith was clear.

Halya Pavlenko - a young volunteer - shared her testimony, saying, “Open Bible is much more for me than just a camp or an organisation. It’s a big part of my life; it’s the starting point of my relationship with God. I wanted to become a Christian myself through one of Open Bible’s children’s camps.”

In true Ukrainian style, the event included powerful worship, a wonderful feast, and a fantastic family atmosphere throughout the day, with a number of families being represented by three generations!

Colin Carmichael also added his thoughts on the event, “The Open Bible 25th anniversary celebration was a great day with over 200 people of all ages attending including friends from Scripture Union in Armenia and Belarus. The day started with worship and then looked back at how the work emerged and came together after the fall of the Soviet Union with contributions from some of the people involved in that, followed by speakers who shared about ministry in Ukraine today. Finally, there were prayerful expressions of dependence on God for the ministry in the years ahead. Give thanks for the number of the young volunteers in Open Bible who worked so hard alongside the Open Bible staff to organise and run the day. Give thanks for all that God has done through Open Bible in Ukraine and please pray for their staff and volunteers including the director of Open Bible, Grigori Stupak.”

The following day, Sunday 9 September, Colin spoke on behalf of SU Scotland at a church in Pereyaslav-Khmelnytsky, and Phyllis Caldwell spoke at a church in Brovary.

Please join me in thankfulness and praise to God for the work of Open Bible over these 25 years, and let’s pray for the continuing ministry of Open Bible in Ukraine. 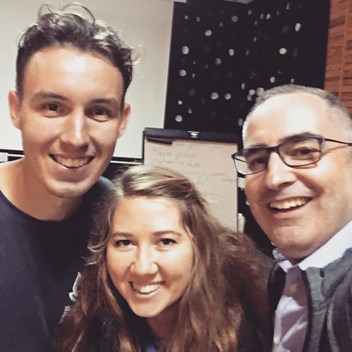