The latest in our series of Good News Stories from Missions is the story of Whiting Bay Beach Mission and how it developed this past summer, shared by Joanna and Gavin Thomson. 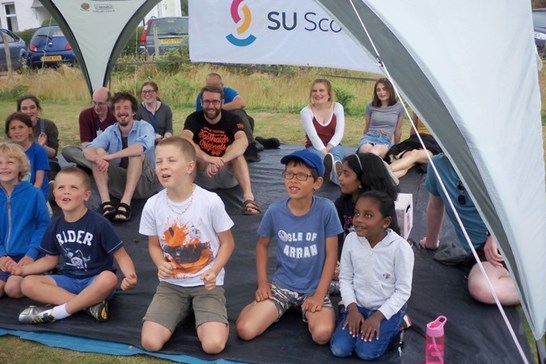 This summer on the Isle of Arran, one of the longest running SU Scotland missions ran alongside a brand-new part too! The Whiting Bay mission has been running for well over 60 years and in 2018 it was great to be able to run a new mission event in Brodick too. We say new – there have been SU events in Brodick before – but not in recent years.

The Whiting Bay event runs a full programme over the Glasgow fair fortnight in July, now working mainly with local children from the island as well as some holiday makers. The event has run in partnership with the local Church of Scotland but in recent years Vince and Elaine Jennings from Arran Baptist Church, which meets in Brodick, have been a key part of the team.

With all this in place and one of our team members, Colin Brown, taking part in the SU Scotland Mission Leadership Course, it seemed like the time was right to look to grow the event to facilitate more children and young people exploring the Bible and responding to the significance of Jesus.

The plans were made that in week one of the Whiting Bay event part of the team would be sent with Colin, Vince and Elaine to run an afternoon programme in Brodick. The event ran, numbers were small but grew throughout the week. The local church in Brodick was greatly encouraged as was the whole team - both those directly involved and those who remained to work in Whiting Bay, and children and young people heard the Good News of Jesus.

Within this mission, we have seen the value of consistency and building relationship over the years. This year we had a local Whiting Bay young person as part of our team. She first came to the mission as a 6 or 7-year-old, but now as a 17-year-old she has come to faith through attending mission events year on year and was excited to be able to share that in her own community as part of the team.

We very much look forward to what God has in store for the future and plan to run events in both Whiting Bay and Brodick in summer 2019. 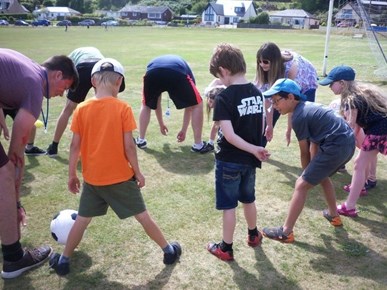 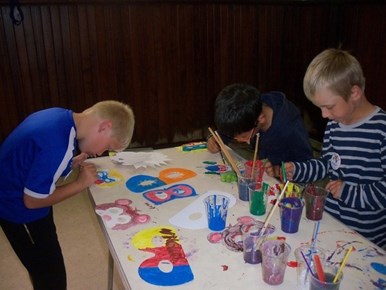 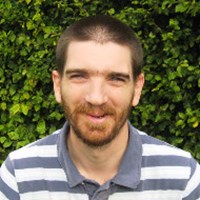