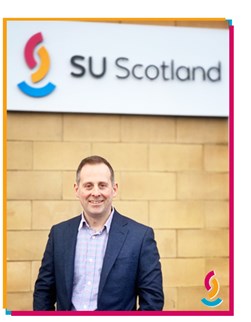 The Board of Scripture Union Scotland is pleased to announce that Robin MacLellan has been appointed as CEO from 1 April 2020.

Robin’s appointment follows the retirement of Andy Bathgate who has led the organisation since 2001. Jim Dewar, Chair of the Board, comments: “We are delighted that Robin has accepted the opportunity to step into the role of CEO, following a rigorous recruitment process. We look forward to working with Robin in a new way and developing the organisation in ways that allow us to fulfil the vision of SU Scotland in a constantly changing culture. Please pray for Robin as he looks forward to taking on this new role.

“Equally, we pay tribute to the outstanding leadership Andy has brought to the movement over the past 19 years. During that time, under God the organisation has gone from strength to strength, experiencing significant growth and impacting the lives of hundreds of thousands of children and young people.”

Robin MacLellan has been part of SU Scotland’s Leadership Team since 2008, serving initially as Director of Support Services prior to becoming Deputy CEO and Director of Residentials and Resources in 2014. Before joining the staff team, he and his wife Rachael served as volunteers, particularly leading SU Holiday events. Robin and Rachael have three children: Serenna (17), Emily (15) and Ben (12). Outside of work, Robin is a keen musician and helps lead the youth ministries at their church in Torrance, North Glasgow.

Robin says of his appointment: “It’s a huge honour to be entrusted with the role of serving the SU Scotland family in this way. All that we do, we do as team, in total dependence on God. Together with other colleagues, I will be getting out and about to meet as many SU volunteers, young people and staff as possible over the next few months, to listen and learn and discern where God might be leading us as a movement. Your prayers and ideas are needed as we chart a fresh course for the years ahead, while making the most of the opportunities we already have to see the children and young people of Scotland exploring the Bible and responding to the significance of Jesus.” 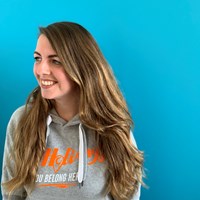