Bible Reflections | God can work Miracles at any Time

Paul spent a couple of weeks in Troas on the west coast of Turkey. He was staying with a much friendlier bunch than the rioters he experienced in Ephesus in the previous chapter so Paul would have been sharing stories of his highlights as well as difficult times and all that he’d seen God do. This passage centres around Paul’s last night with believers in Troas as he takes the opportunity to say as much as possible. 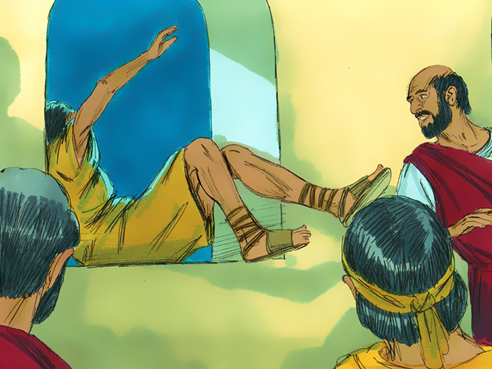 On the first day of the week we came together to break bread. Paul spoke to the people and, because he intended to leave the next day, kept on talking until midnight. There were many lamps in the upstairs room where we were meeting. Seated in a window was a young man named Eutychus, who was sinking into a deep sleep as Paul talked on and on. When he was sound asleep, he fell to the ground from the third storey and was picked up dead. Paul went down, threw himself on the young man and put his arms round him. ‘Don’t be alarmed,’ he said. ‘He’s alive!’ Then he went upstairs again and broke bread and ate. After talking until daylight, he left. The people took the young man home alive and were greatly comforted.

I feel sorry for young Eutychus. He’s in a warm, stuffy, crowded room and this guy Paul is talking on and on, all the chairs are taken and there’s no more space on the floor so he’s got to perch himself on the windowsill. I remember as a young person having to sit through what I felt were boring services with nothing on offer for children. I think most of us could confess to, at times, having found the odd church service a bit boring. I don’t believe that church or the Christian life is boring but I’m referring to those times when we’re struggling to follow the sermon or our mind is just elsewhere and we switch off or zone out, maybe even close our eyes for a while...

What’s amazing about this passage where Paul is preaching on and on, and poor Eutychus can’t stay awake and falls asleep, is that God was there and was at work. You could argue that church that evening went on too long and the young people should’ve had their own group instead of having to listen to Paul talking all night. But God was at work in that warm stuffy upstairs room. Eutychus fell asleep and fell out of the third floor window to his death. Paul stopped preaching and went to him. God raised Eutychus from the dead! In the middle of this seemingly boring church gathering, God does the most wonderful miracle. The impossible becomes possible with God. Paul had probably been preaching about Jesus’ death and resurrection and then they get a visual demonstration of God’s resurrection power. Paul went back upstairs, they had a meal and he carried on preaching until sunrise. Any sense of boredom in the room would’ve quickly disappeared as they realised that God was at work in mighty ways even when they least expected it. God is at work in the church services that we have written off as boring. And God is at work through this time of restriction where people feel like lockdown keeps going on and on, life is boring and our online church services lack connection. Yet God is here with us and can work even the most amazing miracles. God does not leave boring church services and He does not leave us when we feel like our faith feels less exciting. God can work miracles any time. 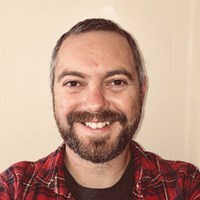