A shoebox full of God's love

Andrew Kennedy, from Edinburgh, is part of SU Scotland’s Gap Year and visited Ukraine in February this year. Here, Andrew shares a particular story which impacted him. 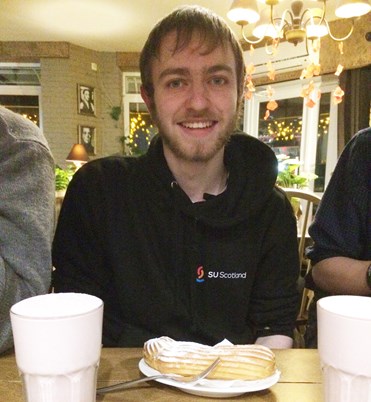 I never thought I would be at Edinburgh airport at four o’clock in the morning.

Nevertheless, there I was, standing with the rest of the Scripture Union Gap Year team ready to depart to Ukraine. We were heading there to work with Open Bible Ukraine, by going to schools and telling them about Scotland and running kids and youth clubs in the evenings. I would like to share a story from one of these youth clubs.

It was the first Monday after we had arrived and we were running a youth group at Vorzel, Open Bible’s campsite. We started by welcoming the young people in and doing a craft - making Scotland flags out of beads and safety clips.

We did our ten facts presentation about Scotland and, at the end of the night, we handed out Samaritan’s Purse shoeboxes. Some of the young people opened them up there and then and some decided to wait until they got home. One of the young people who had waited till she got home to open her box was called Christina.

Christina had been saving up money in order to buy a new pair of shoes. The amount she still needed to save was 200 hryvnia - the local currency - which is around £5. When she got home, she opened her shoebox and inside was the equivalent of 200 hryvnia! This was unusual, because Samaritan’s Purse usually check the shoeboxes to make sure there is no money inside and if there is, they remove it. However, this slipped through the checks, and this particular box was able to find its way to Christina out of the thousands of boxes that are made, the hundreds which are sent to Ukraine and the several that we handed out that evening! It could have very easily gone to someone else, but it went to her. Christina’s mum who has no church connection and is not Christian, upon looking at the money, told Christina she needed to thank God for it.

Each day we were in Ukraine we saw God at work, and there are many more stories I could have told. To hear more about the work of Open Bible Ukraine, head over to their Facebook page. 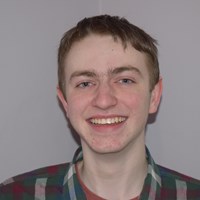